Welcome to the Shop at MOLAA! Thank you for visiting our online shop. We are continuously adding inventory and updating information about out items.  This is a wonderful way to support the Museum of Latin American Art and discover unique items and gifts inspired on the arts of Latin America and Latinx artists.   More items are coming soon!

Robert Graham was born in Mexico City in 1938. At age of ten, he moved with his family to San Jose, California. After serving in the U.S. Air Force, he studied art at San Jose State University and then at the San Francisco Art Institute. Graham had his first solo exhibition in 1964 in Palo Alto, California. Upon moving to Los Angeles, he exhibited with the Nicholas Wilder Gallery. He moved to London, England in 1967. There he exhibited works of small nude female figures made of colored beeswax, encased in a Plexiglas box environments. These early works explored his interest in scale of the human figure in both private and public spaces. His stay in London culminated with a retrospective exhibition at the Whitechapel Art Gallery in in 1970. After returning to Los Angeles, he began casting his wax figures in bronze. In his studio by Venice Beach, he focused on contemporary female figures, working directly from life.

Graham’s first civic commission was to commemorate the 1984 Olympics in Los Angeles, California. He designed and installed a 25-foot high Olympic Gateway with a male and female torsos of athletes. This monumental work was followed in 1986 by a commission to memorialize a renowned boxer, Joe Louis, for the city of Detroit, a suspended fist which has subsequently become an iconic symbol of the city. Graham then began to work on the Memorial for Franklin Delano Roosevelt in Washington DC, a project that took nearly 20 years to complete. He also created the memorial for jazz musician Duke Ellington in New York City, and Charlie Parker for Kansas City. In 1994, Graham returned to the city where he grew up, and installed a Plumed Serpent (Quetzalcóatl) in the San Jose Civic Center. His final monumental work was a 30-foot bronze doors for the Cathedral of Our Lady of the Angels in Los Angeles. He passed away in 2008 in Santa Monica. 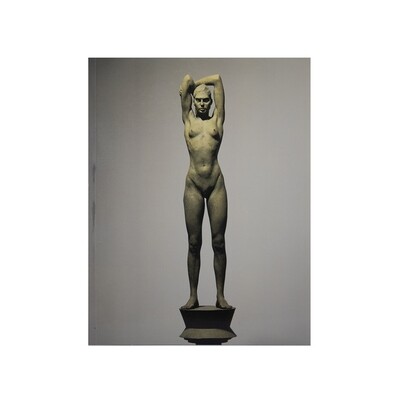 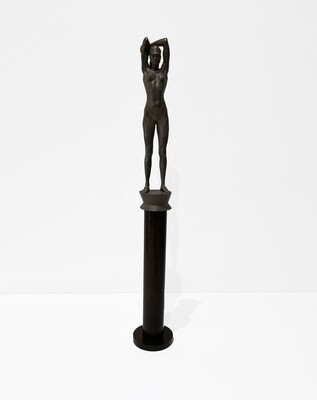 The MOLAA Shop supports the Museum of Latin American Art in its mission to expands knowledge and appreciation of modern and contemporary Latin American and Latino art through its Collection, ground-breaking Exhibitions, stimulating Educational Programs, and engaging Cultural Events.